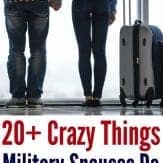 I hung up the phone and all I felt was complete and utter panic. There I was working the day shift as an ICU nurse scouring the internet for a plane ticket.

I was supposed to be taking care of patients, but all I could think about was my long-distance boyfriend who just announced he was leaving on a deployment in less than a month.

This was a problem.

Living in the Midwest while he was stationed on the East Coast prevented us from spending that last month together. And when you are in-love and apart, it’s heartbreaking to think you won’t be able to see each other leading into a deployment.

I devoured every airline deal site that I came to mind. There was no stopping me. No matter the cost, I was flying to see him before he left. 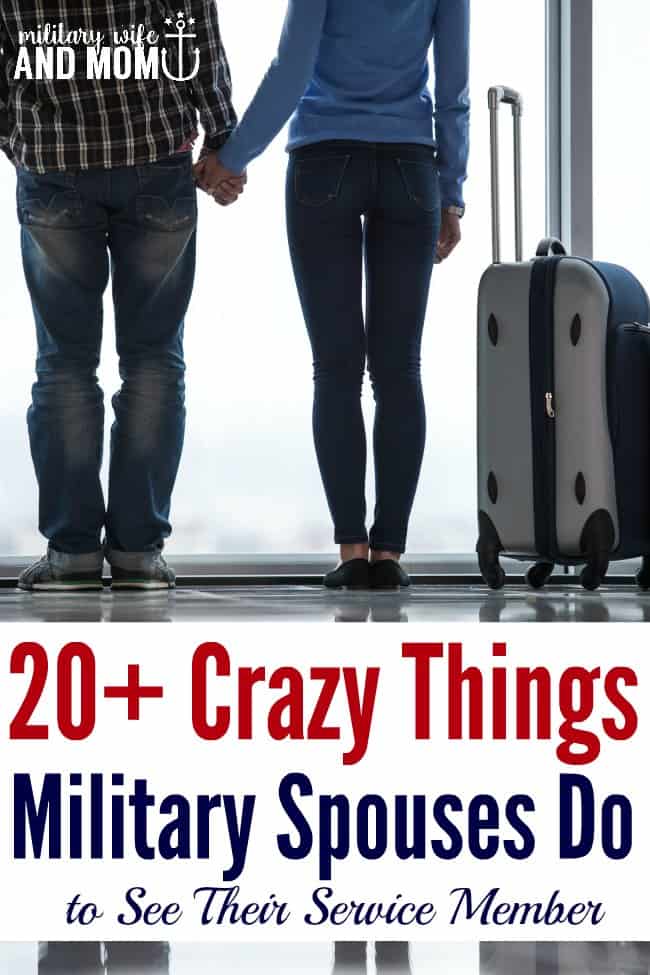 Because that’s what military spouses do.

They travel crazy distances to see their service member even when it’s only for a few days or even a few hours. That’s how much service members mean to military spouses. That’s what it is being a national guard spouse.

When you read articles, stories or see online groups trying to tear down military spouses, detailing how we are dependent, gold-diggers, unemployed, lazy and beyond, this is what military spouses are really doing: going to extraordinary lengths to keep their military family together.

Each and every day this is what military spouses do.

Military spouses recently came forward and shared the distances they’ve gone to see their service member for a short period of time. As spouses, we share something in common: we love and care about someone and we would do anything to be with them.

These are a few of their stories…

“Drove about 5-6 hours with a newborn baby and a 3 year old to see my husband who was preparing to deploying to Iraq. Stayed 2 days.” –Casey

“I once coordinated work travel to the area of Afghanistan where my husband was deployed to spend a few hours with him during a one year deployment.” –Stacie

“I drove 1700 miles with 4 kids to spend the last few weeks of a school with my husband. We saw him for just a few hours a day because he had duty, and to study but it was worth it.” – Heather

“I’ve driven 8 hours just to stay overnight for a graduation and I’ve driven 11ish hours for another graduation. We’ve been married for almost 10 years and there’s no distance I wouldn’t travel for my husband and for our kids to see their Dad.” – Mandie

“I flew to South Korea to spend 10 days with my husband! My kids stayed with my mom in Alabama. No distance is too great when you’re spending time with the one you love.” – Amber

“I flew to Dubai (21 hours plus travel time to and from airport) when he was deployed because he had a 4 day pass. Totally worth it and I’d do it again.” – Morgan

“I booked a flight from Texas to New Jersey at 10pm one night to leave at 8am the next morning. Saw my man for 2 days and would do it again no question!” – Haylee

“When I was pregnant I drove 8 hours to see my husband every weekend with a cat also! Even know with a baby we drive 12 hours just to get there (a lot of breaks) heck I’m flying this Thursday. No matter how long you have any time is worth it.” – Marissa

“I used to travel about 9-10 hours from Sheffield to Lossiemouth which included a train journey, bus ride, flight then another bus and train ride. I used to do this every couple of weeks whilst I was studying to see him for the weekend! Wouldn’t change it for the world! Just married after 9 1/2 years together!” – Tania

“My husband was critically injured on mission in Europe. This was before we were married so they med evacuated him to the states while I stayed in Germany. I flew the 12-hour plane ride to Dallas then drove the 5 hours (luckily not bad traffic on 35) to San Antonio. I don’t mind crossing the oceans for him. Always worth it.” – Aleisha

“If I had the chance to see my spouse right now, I’d drive all day.” – Diane

“I drove 12 hours with a 3-month-old for one afternoon, one dinner & an hour waiting with him at the airport.” – Ali

“I flew to California from Florida on three days’ notice to see my guy last August. I did it again (this time Florida to Texas) over Easter this year. Same story. I just decided, on three days’ notice, that I needed to see him. The trips were only a few days each, but so worth it!” – Amanda

I’m not the only one.

Seeing the distances that other military spouses travelled to be with their service member, I can’t help but think about the day I sat at work compulsively looking for a plane ticket.

The tightness in my chest and throat made it hard to breathe. My body was in full-blown fight or flight mode. I was determined to find a flight itinerary–no matter the cost–that would allow us to see each other.

By the time my shift ended, I paid $1,000 to book a plane ticket. We would only see each other for a short weekend before he deployed for 7 months. It was heart-breaking to say goodbye, yet it remains one of the best weekends of my life. I would do it again in a heartbeat.

Like another military spouse once told me…”Between service members and spouses, no distance is too great and no cost is too much.”

Are you new to this community? Start here, friend.
858 shares