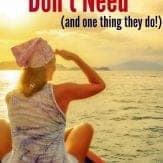 You get a few bad apples and all of a sudden the whole tree is rotten?

This is the question I think of when I see articles running rampant on the web about military families and their overwhelming sense of entitlement. There is a growing argument that military spouses are running around throwing fits and tantrums over their lack of salutes, special treatment, benefits, and of course, their lack of 69 cent smoothie discounts. 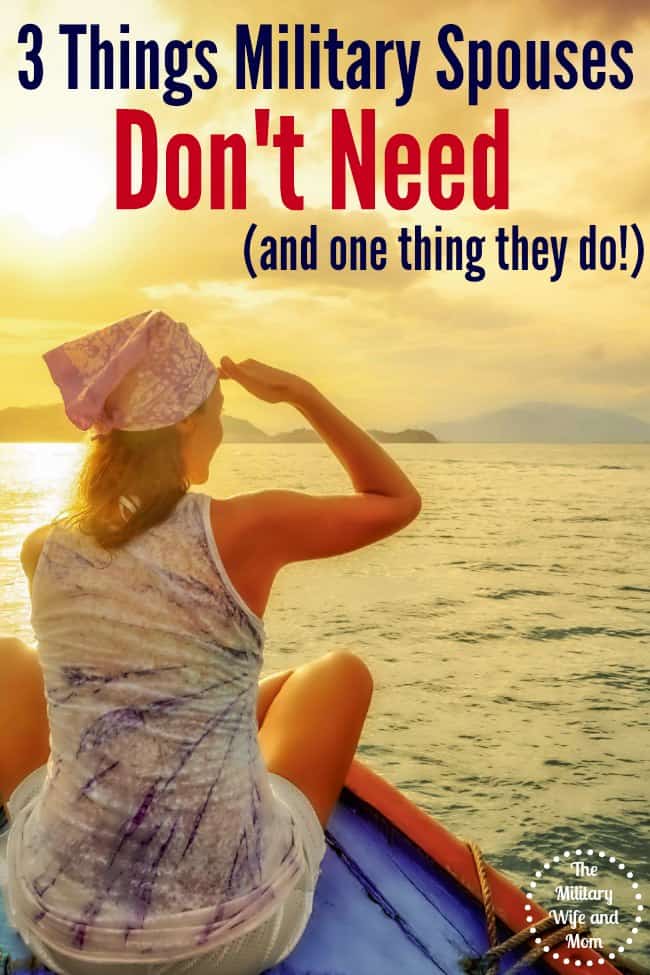 The tougher part is really the debate that ensues thereafter, with many of the most negative comments coming from members of the military community themselves.

All of it makes my head spin.

When did we start acting like cannibals and self-destructing the very community in which we live?

When did people stop acting supportive, encouraging and helpful and become so incredibly mean and rude towards one another?

So whether you believe in all the rhetoric or not, there are a few things you can be sure military spouses don’t need from anyone:

To be called entitled.

There are a few unique qualities about the military spouses that I know. They are hardworking, creative, smart, and they don’t give a crap about 69 cent smoothie discounts. Just because one lady was having a bad day and complained about not getting a military discount, doesn’t mean 95% of military spouses do the same.

I’ll say it again…You get one bad apple and the whole tree is rotten?

Nothing bothers me more than the small-mindedness of others to take one bad experience and generalize an entire community of spouses because of it.

And yet, somehow this idea–that we all act like spoiled little brats–covers us like a giant wet blanket.

To be called lazy.

There’s a lot of stereotypes out there about military spouses being lazy and “dependent.” Articles rambling about our overwhelming sense of entitlement only adds a gallon of gasoline to the fire, of course.

When exactly did finding a new job every three years, managing a household, and transitioning your children through it all become the laziest job in America?

Military spouses and families don’t need anyone to feel sorry for them or to throw a pity party. They don’t need a medal or a sticker or a round of applause for a job well done.

When people hear about the unique challenges military families face, sometimes people feel sorry for you. They shouldn’t. Sometimes you get sad looks over a unfavorable military PCS move or yet another deployment. Don’t get me wrong, I’m the first one to raise my hand and say military life is hard, but I also don’t expect people to feel sorry for me. Military spouses and families don’t want your sympathy for the unique lifestyle they lead.

Respect for spouses who work their butts off to find work in a city with high unemployment.

Respect for spouses who are up all night with 3 sick kids while their loved one is in a war zone.

Respect for spouses who move to the most unconventional of duty stations with a smile on their faces.

Respect for spouses who make the best of it when another birthday, anniversary, or holiday is missed.

Respect for spouses who are strong leaders in the military community, helping bring people together.

Respect for spouses who stand behind their service members even when life feels heavy.

Respect for spouses who deliver babies with their husband in another country.

Respect for spouses who keep it together as they drop their service members off at a bus in the dead of the night so he can leave for deployment.

Respect for the spouses who patiently wait for the calls just to know their service members are okay.

Respect for the spouses who are always brave, hard-working, and selfless.

Respect for the spouses, who never once tried to wear a service members rank, asked for an entitlement, or thought being lazy qualified as a job title.

And respect for the 95% of military spouses who don’t give a crap about a smoothie discount.

Negative conversations that create deep division within the military community do not serve us well. We can speak of each other with much more kindness and respect than is currently present both inside and outside the community.

Spouses don’t need to be brought down with negative comments and narrow-minded articles about entitlement and laziness. Spouses don’t need pity parties, but they do need to be thought of as individuals who are good, valuable and important. No awards, no salutes, no 69 cent smoothie discounts. Just respect. Nothing more, nothing less.

What do you think military spouses really need? Let’s chat in the comments!

Are you new to this community? Start here, friend.
2.3K shares