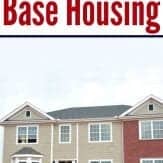 Living on base is something many military members and military families decide to do. After all, it means you can call someone if something breaks. Some housing companies don’t even require you to pay electric and water bills, so it can be a good deal. I’ve lived in military base housing for fourteen years and have encountered all sorts of things.

Related: 9 Hidden Ways to Save Money Shopping on Base at the Commissary and Exchange 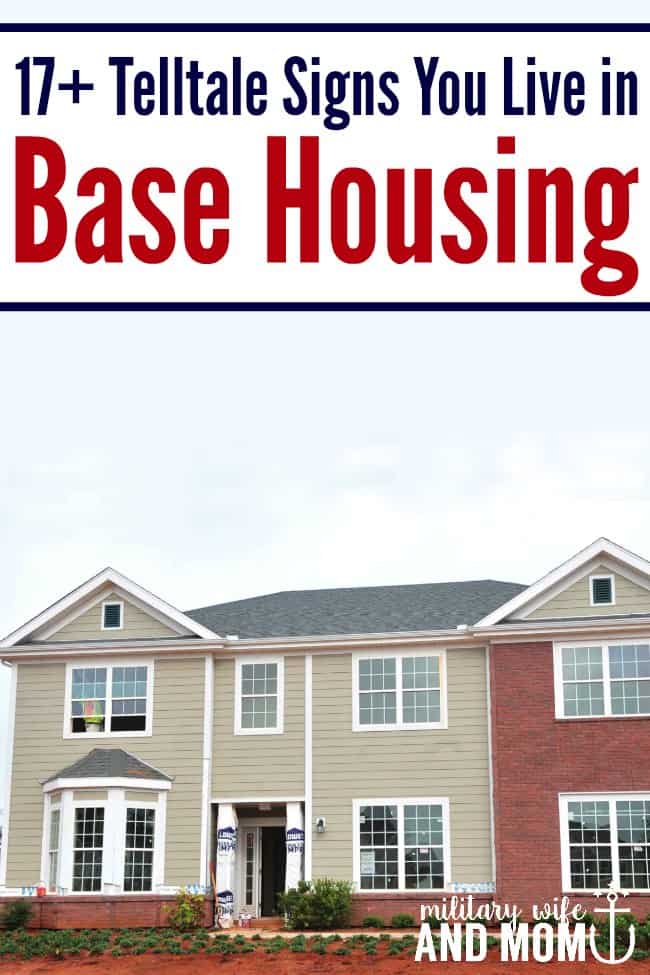 You know you’re living in base housing when….

…your house is attached to your neighbor. You either get along or spend the next 2 years being awkward.

…you live in a “gated community.”

…things usually fall apart because the cheapest materials are used. A wood panel in the bathroom always liked to fall down.

…you hear the National Anthem every day of the week and smile when the kids playing outside stop and pay their respects.

…you also hear TAPS every night and think about the soldiers who gave their lives for their country. You also know you should probably be getting to bed, but Facebook always distracts you.

…the shower heads are horrible but thankfully you can replace them with something better. (But remember when you PCS to set the old ones aside so the movers don’t pack them. I nearly forgot and remembered at the last minute.)

…you have multiple citations for the weeds in the garden. Oops. If you get too many, you can get kicked out of housing, but you always call and explain that you have a black thumb and you hate gardening. You’re told, “That’s fine, but pull your weeds.”

…there’s always a dog in your yard…but you don’t own a dog.

…you feel safer…until you hear vehicles are being broken into and that someone has run the gate and hasn’t been caught yet.

…there’s always cars that speed even though the speed limit through housing is 15. When you shout at vehicles to slow down, they seem offended. What?

…kids run around unsupervised and for the most part it’s fine. But some kids make poor choices and when you tell them to stop, they look confused as if they’ve never heard the word no before. Days later you see a blog post titled To The Woman Who Told My Son No. I’m kidding. Maybe.

…there is a community Facebook group where spouses say things like…”Does anyone have a tablespoon of milk I can borrow?” It’s called a commissary people.

…“Watch out, citations are being given out!” Warnings are usually placed on the local spouse pages when you see the dreaded housing inspectors driving down the neighborhoods.

…someone on the street is always playing corn hole. You should join in! Most people are pretty friendly.

…you always hear mysterious shots and booms and it doesn’t phase you. It’s normally just the soldiers training. But there’s always someone who panics about it.

…there’s no space! The houses are generally pretty small, so you have to get creative with space. The pantry might double as office space and a coat closet.

…there’s always that one dog that’s shoved outside and won’t stop barking.

…when you PCS you frantically try to find out what paint is used to cover up the stains your precious child or pet has put on the walls. It’s not just white. It’s some random shade of eggshell or off white and no one can match it.

…a voice is heard over the loudspeaker at least weekly. This is used if there is an emergency and usually says, “This is a test…” But when you hear it before you’ve had caffeine, you might be like, “God? Is that you? Who’s speaking to me? What’s happening?”

…you feel a sense of community because you know everyone around you is associated with the military. If a spouse deploys, there are people you can immediately lean on.

…you have to flash your ID card around like it’s a VIP pass or something, except you’re buying groceries, not hitting Hollywood Boulevard.

Have you lived in base housing before? If so, what sort of things have you encountered?

Are you new to this community? Start here, friend.
2.2K shares
Prev Post 15 Awesome Listening Activities for Kids
Next Post 10+ Simple Travel Hacks to Use During the PCS Season