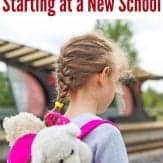 We moved from Oklahoma to Texas because my husband was selected to be a MTI. As a military family, we were ready to move: we had been at Tinker AFB in Oklahoma for 5 years. But I worried about my daughter–a military child.

She had gone to school in Oklahoma from Kindergarten to Third Grade. It was the only school she knew. My son didn’t seem to care, but my daughter? She’s always been more sensitive. And she was scared.

“What if I don’t make new friends?” she kept asking me in the days leading up to when school started again. “What if I hate my new school?” 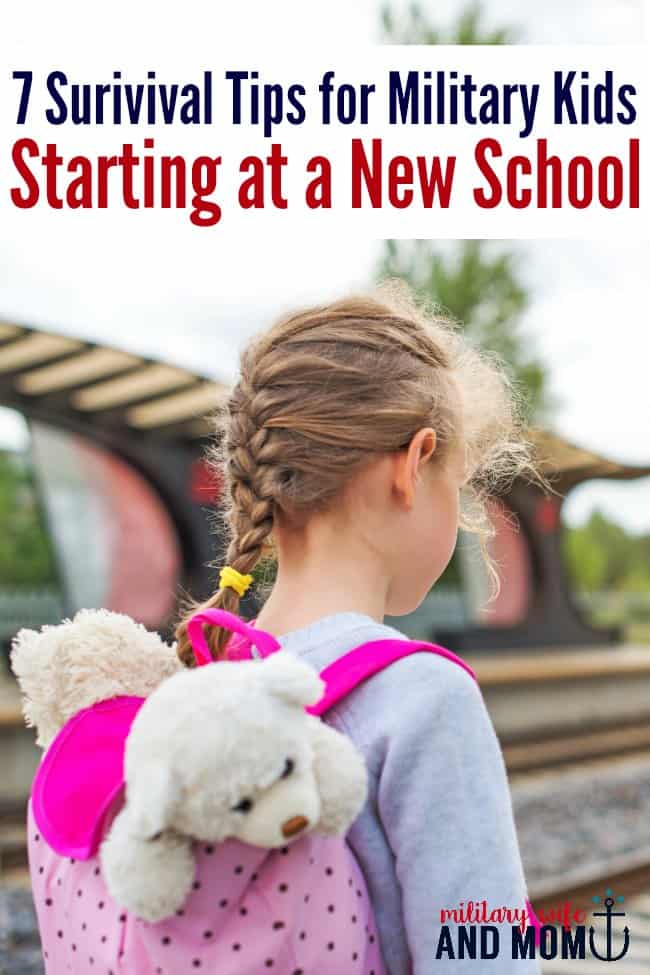 How to help your military child adjust to a new school.

She was nervous and I didn’t blame her. I was also a military kid and moved around every few years. So I came up with ways to help her, and other children who find themselves being “the new student.”

1. Always ask your child to be nice to the new kid.

I did this with Natalie. I would tell her that one day SHE’D be the new kid, so she should introduce herself and ask to play with the new student at recess. She says she always tries to do this and will ask the new student where they were moving from.

2. Before you PCS, show your child pictures of their new school.

I logged onto the school website and let Natalie check it out. She learned about her new school mascot and what her school would look like. This helped her to become comfortable with where she was going.

3. Take your child to back to school night.

This way they know exactly where their class will be AND they can meet their teacher. This helped Natalie a lot. She felt a little better knowing who her teacher was and where she’d be sitting in class. (She still ended up getting lost the first day, but schools in Texas are huge. Another teacher helped her out.)

4. Let them pick out their own backpack.

This can help get them excited about school. My daughter ended up picking out a Disney Villains backpack from Hot Topic.

5. Remind them that their old school is still important.

When Natalie is missing her former school and friends, we look at the yearbook or go online. Her school has some videos on YouTube so she likes to check those out. I’m also Facebook friends with some of the parents of her playmates, so she can keep in touch with them.

There might be anxiety. It’s normal. But explain that they’ll make NEW memories. They’ll make new friends. It might take some time, but it will happen, in time, just as it happened at their last school.

7. Send them to school with some fun clothes.

This probably sounds weird, but Natalie has gone to school in Minecraft and Five Nights At Freddy’s shirts. This helps start a conversation between kids. Natalie started talking to the boy that sits beside her because they both like Minecraft. Another girl pointed out her Five Nights at Freddy’s shirt and asked who her favorite character was.

8. Leave positive notes in their lunches.

I had a new one written for Natalie the first week of school. That way if she was feeling scared, the note could help bring a smile to her face.

My daughter has been in school for about two weeks now and is doing okay. She says she likes her teacher and that so far she has two friends. She no longer gets lost. She’s planning on joining choir. Basically? She’s busy making new memories.

Are you new to this community? Start here, friend.
787 shares
Prev Post The Sleep Hack Every Tired Mom Needs to Try
Next Post Top 7 Challenges and Solutions for Parenting a Toddler and Newborn