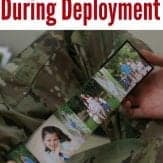 My husband has deployed multiple times. He’s gone to Korea for a year. He’s been away on countless TDYs. So we’ve depended on programs like FaceTime and Skype to cope with deployment separations.

It allows the kids to see their Daddy. It allows me to see my husband.

But the conversations don’t always go smoothly. This is, after all, real life as a military wife. We’re not always going to be cheerful and upbeat. I’ve had all sorts of talks with my husband on the Internet, and here are some of them. 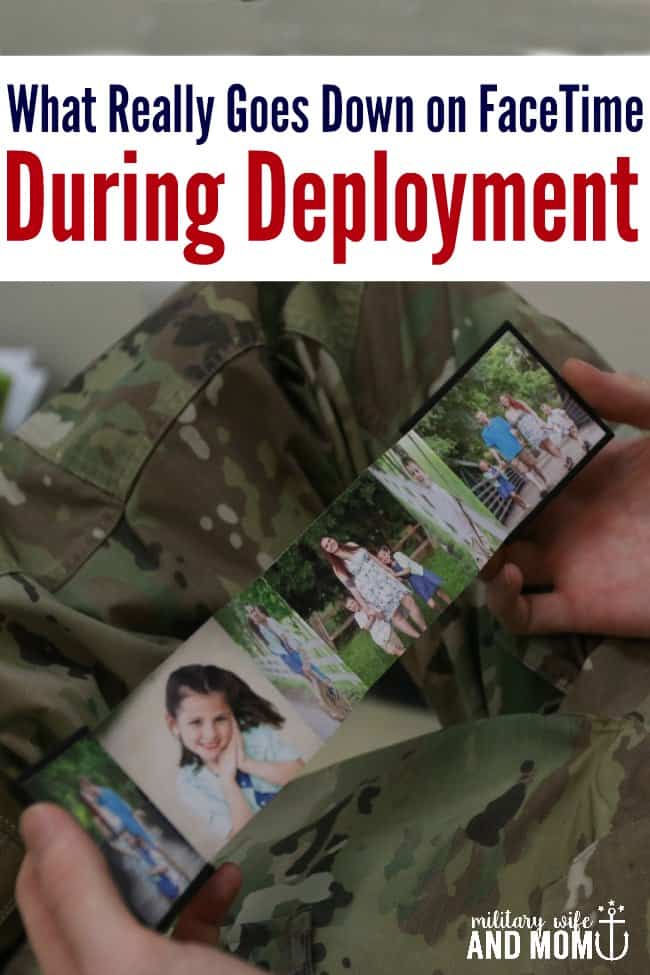 1. I’ve hung up on my husband on FaceTime.

I’ll mention now that he was in Korea. He wasn’t in a dangerous area. He was gone a little over a year, and it was tough. I had a three-year-old daughter prone to tantrums, and an eight-year-old son with autism who would have meltdowns.

When my husband would ask how my day went, I’d be honest. And sometimes I felt like he wasn’t really understanding what I was going through, especially when he’d calmly be snacking on his M&Ms as I ranted.

Sometimes he would get distracted and start watching his TV when I was lamenting about my day. And a few times he would say, “Oh..I’m sorry. I went to A-town today and had a blast. This old Korean lady makes the best bulgogi!”

I snapped once when he did that. I said something like “It must be nice to have the kid free time,” and then I hung up. He called right away and apologized. I did the same. But look: being away from your partner when you have wild kids is TOUGH.

2. There have been stilted conversations.

Sometimes I didn’t know what to say. I felt like I should at least converse to him for 10 minutes. I’d hear other spouses gushing about spending hours talking with their husbands and I never understood. How? What do they talk about?

I’m not about the small talk. I never have been. I say my business and then I’m ready to go about my day. Tom is the same way. But still, sometimes I’d wonder if we should speak longer.

3. Sometimes Tom would dole out punishments.

Yup, when they kids were really crazy, I’d sit them down in front of the computer and have Tom lecture about proper behavior. He’d remind Natalie that it was not okay to scream when I asked her to put her pants on and explain to Tommy that telling me that dinner looked like “chewed up bugs” was not polite.

4. Yeah, we tried the sensual talks.

Maybe I’m a prude, but I couldn’t do this. Tom didn’t do much, because he could get in trouble, and I didn’t do much because I was worried terrorists might have hacked into the camera or something. So I’d just say something like, “Uh, it’ll be nice when you get home. And. Yeah.” I’m awkward.

5. We’d lecture one another on spending.

Tom would be like, “Was spending $98.52 at Target really necessary?” (For my sanity, yes.) And I’d wonder what all the random charges were. (Normally the bulgogi from A-town. He really loved it. Plus he’d go to a Brazilian Steakhouse where they served pineapple with cinnamon. He was obsessed with that too.)

6. Sometimes we couldn’t properly talk at all.

The connection wasn’t always the best. We’d be disconnected. Or it would freeze. Sometimes it was amusing when it would freeze Tom mid-speak. His mouth would be hanging open and one eye would be partially closed.

7. We did the teary conversations.

This was mostly from me on a bad day. I’d be all, “I don’t know how I can do this. Everything is breaking! Natalie is watching some weird show called Yo Gabba Gabba. It’s traumatizing me.” I’d try to always remain upbeat and such, but everyone has their breaking point.

Having to speak to my husband over the computer could be tricky. But I was always grateful that I could at least see him. Even if he did irritate me or freeze up during a bad connection. But at least I could see that he was okay.

Are you new to this community? Start here, friend.
1.1K shares
Prev Post How to Balance Motherhood and Deployment as a Work-at-Home MilSpouse
Next Post How to Overcome Military Spouse Career Challenges