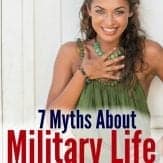 When I first began my military life journey, I was working as a cardiac nurse down in coastal North Carolina. It was winter time and many families were busy coordinating ski vacations and holiday plans with loves ones across the miles. Despite working in a community surrounded with military bases, I realized not everyone seems to have a good grasp on the ins and outs of military life.

I remember going to work one day and standing at the nurses’ station ready to receive report from the outgoing nurse. She struck up a casual conversation.

Her: “How are things going? Are you ready for the holidays?”

Her: “When does your husband get back?”

Me: “He’s deployed. He won’t be home for Christmas.”

Her: “I thought the war was over?” 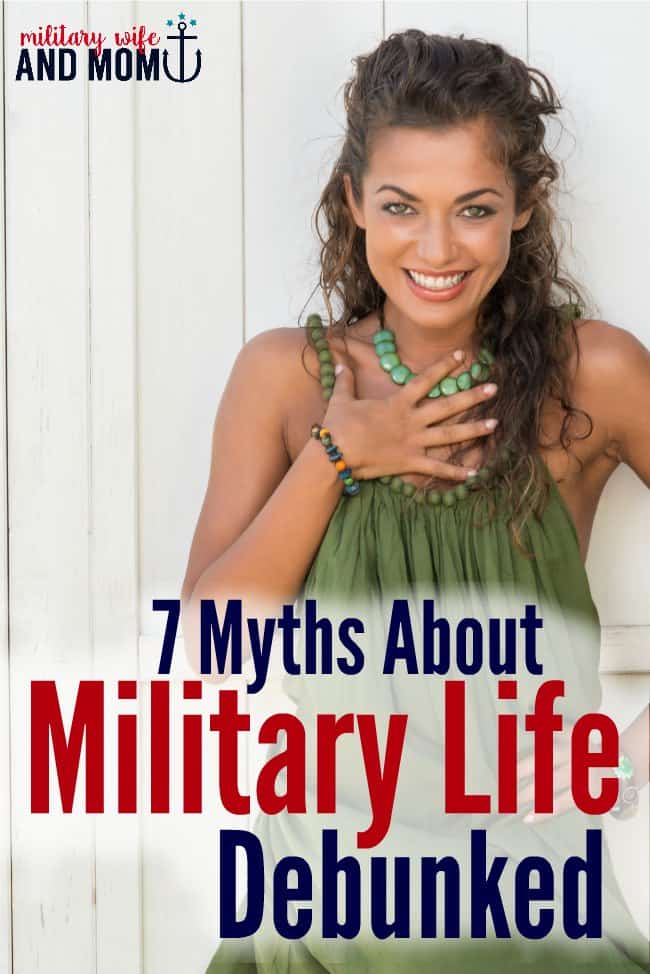 What in the world?! That’s just one of many crazy things people have said to me over the years. Let’s take a moment to debunk a few myths about military life:

1. Service members get to come home for the birth of their kids.

Unless there is a serious medical issue happening, service members stay deployed regardless if a baby arrives or not. For branches with 13 month deployments, there is often a 2 week break mid-deployment. There is a chance the service member could attempt to time this around a birth, but there is no guarantee.

For a deployment without a scheduled break, you can forget about that one.

This is a stereotype about military spouses that really bothers me. There are far more happily married military couples than most realize. Just because a few bad spouses ran around cheating, doesn’t mean all spouses are inclined to follow in their footsteps.

Believe me, military life is complicated and interesting enough on its own. I have zero time or energy to be thinking about affairs.

Getting a job is tough for military spouses. Keeping one is even harder. Moving around every few years put a significant damper on your resume. Military spouses are often labeled as over-qualified, under-qualified or short term employees.

Despite the fact that many spouses do not work, the majority of them want to work.

I guess it depends what kind of movies you watch. But if you’ve seen a romantic reunion that’s nothing but smooth sailing on the big screen, then you’ve witnessed an untrue story. Life is messy. Homecomings are filled with adjustments and all sorts of different emotions. Don’t get me wrong, homecoming is a good thing, but it’s not always rainbows and sunshine.

6. Families get “used” to deployment.

You never really get used to being separated from your service member. Deployment is hard. It doesn’t feel like it gets easier each time. I still miss my husband just as much as I did before. Sometimes even more!

One thing you do learn is how to cope more effectively. You learn strategies and tools to help you get through it a little bit better each time. But ‘used’ to it? No, not really.

7. The war is over and everyone is home.

First of all, we’ve been at war for over 15 years. No, it’s not over. Yes, it’s still going on. Second, even if “the war was over” service members still deploy all over the world to support and help other countries. Think humanitarian missions, training missions, and beyond.

As I sat there at the nurse’s station, shaking my head, I politely informed my co-worker that my service member would not be home for Christmas. Wars and conflicts don’t pause for 2 weeks around the world so we can celebrate a holiday and enjoy a time of peace.

It would be lovely if it were true. Unfortunately, it is not.

Are you new to this community? Start here, friend.
1.1K shares