When my husband and I moved to Italy a few years ago, courtesy of the Air Force, having a baby wasn’t even a blip on my radar.

I wanted to see Europe, travel to new places every weekend, and enjoy time with my husband. As far as I was concerned, you couldn’t do all of those things with a kid in tow. The irony is that after living there for a few months, we started getting the itch for a baby. The world was too much fun—we needed to share it with a little one. 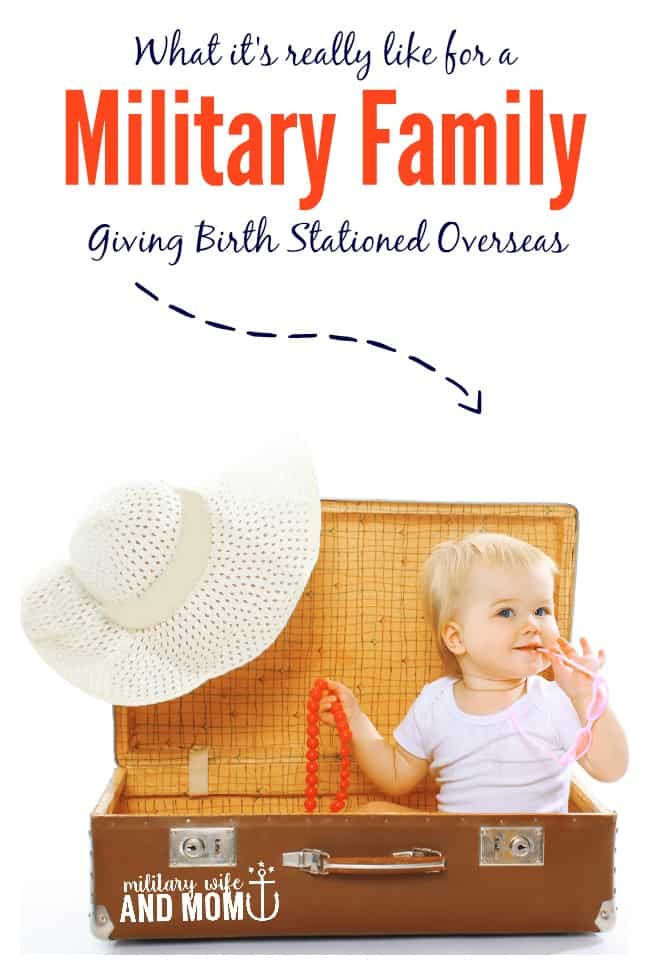 We actively tried to get pregnant for close to a year with no results, and we knew our time for trying was drawing to a close. My husband was scheduled to deploy for six months, so we put baby thoughts on hold, and enjoyed our time left together. It’s true what they say (at least in our case), that once you stop trying, that’s when the magic happens.

Ten days before he left for “the sandbox,” a plus sign appeared on the very last pregnancy test I owned. Not believing the results, we walked into town and went to the local supermarket to buy another test. Low and behold: I was pregnant, or “incinta,” as they say in Italian.

Pregnant and alone in another country, I didn’t let that stop me from traveling.

There was a travel department on base and I took advantage of going on a few trips. Over the holidays a few girlfriends and I went to a Christmas market in Austria. Everyone kept warm by drinking the mulled wine, but I passed, for obvious reasons, and fed myself (and the baby) some of the most delicious cinnamon sugar apples I’ve ever tasted.

Another time, I traveled on my own (without any friends, but with a group from base) to Rome. We traveled overnight by bus, and instead of sleeping I stayed awake because my baby picked those hours to discover her legs. She kept kicking me during the entire 8­-hour road trip. I didn’t let a lack of sleep stop me, though; I spent that day walking around the Holy City eating pizza and Chinese food, and (admittingly) feeling like an 80 year-­old­ woman by the time I left!

During my pregnancy, I also flew internationally, twice. Since my husband was deployed for the holidays, and most of my friends went home to be with their families, I decided to visit America for a few weeks. I was nervous about the flights, but everyone was extremely helpful. I even lucked out on my way back to Italy—a connecting flight was delayed, so there were more than a few empty seats on my plane; I got three seats to myself and slept almost the entire time!

My husband came home when I was 35 weeks pregnant, and that day will always be one I cherish. I loved knowing I could still be independent, but I missed having someone to share all of those moments with, and I was extremely happy he arrived home in time for the birth. Since I was nearing my due date, it was highly recommended that we stay within a couple hours of the hospital just in case.

The next week we decided to take a welcome home/babymoon trip to Milan. Neither of us had been there and it was a few hours away. I feasted my eyes on the original “Last Supper,” and waddled around the city, enjoying the trip with my husband since I knew it would be our last before becoming a family of three. Instead of bringing home a cool souvenir from that weekend away, I brought home giant swollen feet. Swollen limbs and all, it was totally worth it.

During my pregnancy I feared I’d have my baby early, but it turns out that she was pretty cozy in my belly. Two weeks after my due date, Julia Grace arrived, ready to see the world. She was named after the region where we lived in Italy, Friuli Venezia Giulia, and while she unfortunately doesn’t have dual citizenship (one parent has to be Italian), she does have a pretty neat looking European birth certificate. She also has a passport with a three­ day old photo in it!

Julia’s first passport picture was taken when she was just three days old, and her first giggle actually happened when I put her in her car seat one day, and now she’s a rock star when it comes to road trips—go figure. Some people wait their entire lifetime before they have the opportunity to see another country, but by the time Julia was four months old, she already “stepped foot” in a half dozen countries, had her passport stamped, and flew internationally.

She’s now two years old, and we’ve been on countless planes, trains, and we even  went on a cruise with her. This little girl was born to travel. My parents instilled traveling in my life at a young age, and I’m happy we’re doing the same for our little girls. (I recently had another baby, and I’m excited for the travel opportunities to come.)

I was worried traveling would cease to exist the moment I got pregnant and had kids, but it’s been just the opposite. We still go away for spur­ of­ the moment weekend trips, and we’re already looking forward to a cross­-country road trip later this year. Flying is now second nature to our girls, and we’re excited for our visit to the “happiest place on Earth” in a few months.

It turns out that having a baby and growing your family doesn’t actually have to stop you from seeing the world—it just tweaks the way you see it. 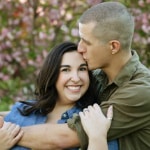 Jessica Lynn recently joined the two­under­two club and spends her days keeping up with her active toddler daughter, caring for an infant, and dreaming of sipping a glass of wine. Jessica’s the voice behind Jessica Lynn Writes, a lifestyle blog sharing the tales of motherhood and pregnancy, her adventures overseas and around America, life as a military wife, good eats, and everything in between. You can follow on Facebook, Twitter, or on her blog.

What are your thoughts about giving birth overseas? Let’s chat in the comments!

Are you new to this community? Start here, friend.
273 shares