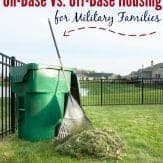 We’ve always lived on-base housing for the fifteen years my husband has been in the Air Force. Until now. We decided to purchase a home when my husband was stationed at Joint Base San Antonio and right away I’m noticing some differences between living off-base versus on-base housing. 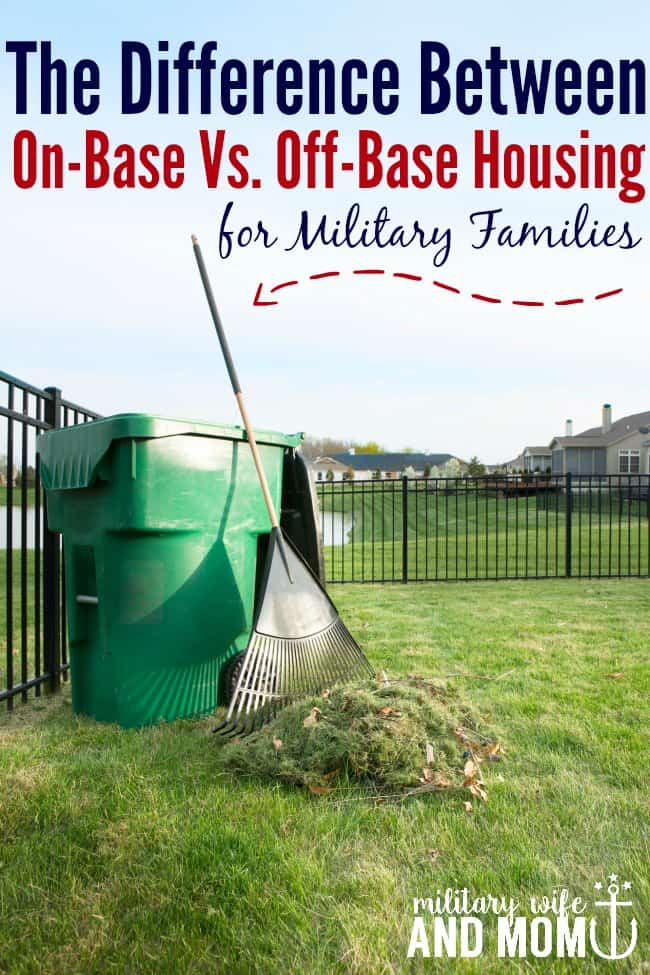 The Difference Between On-Base and Off-Base Housing

1. On base my daughter would leave her bike at the top of the driveway and it would always be there in the morning. Off base? Well. Someone took her bike. I should have known better, but sometimes I forget that some people are horrible.

2. You’re more vigilant off base. If there’s a mysterious car driving slowly around the neighborhood, it usually gets posted about in the local neighborhood Facebook page. This rarely happened when I was on base.

3. At least I don’t have to deal with on base traffic! I remember trying to leave the base during lunchtime, and it was a complete zoo. Granted, I do have to deal with the traffic AROUND my new neighborhood, but at least I can drive through it and not get completely backed up.

4. My husband says now he can completely feel like he’s not working when he’s home. He says when we lived on base that he always felt like he was at work. If something went wrong in the office, he’d usually be the one that had to go in and deal with it since he was one of the few that lived on base.

5. Sadly, you don’t hear the National Anthem play. On base during the week you’ll hear the National Anthem at 5. (Or around there. FE Warren AFB in Wyoming played it at 430.) Everyone is supposed to stop if they are driving to pay respect. I miss this. It was always a reminder for me of the people who died for their country and the people who are currently fighting for my freedom.

6. On base all your utilities are on and ready to go. Buy a house? You have to call all the companies. I nearly forgot about this. At the last minute I remembered to ask my realtor what we needed to do because we had never done it before.

7. Don’t forget to call the trash people! On base they show up every week. Off base you must call to set it up. Otherwise, no one is taking your trash. 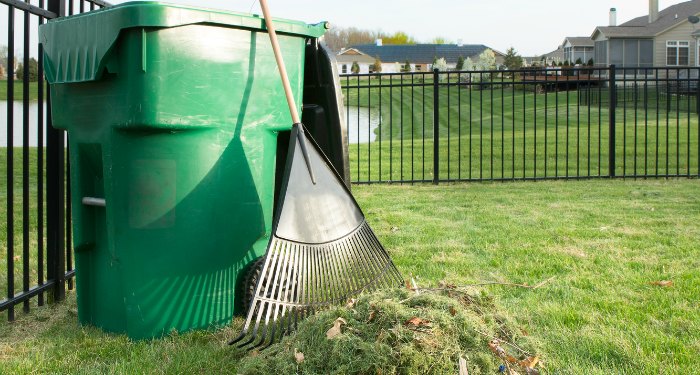 8. I miss the free bulk pickup on base! Off base you have to pay someone to take your oversized junk.

9. Off base, you can make your house the way YOU want it. On base you aren’t allowed to paint the walls.

10. You have to deal with people selling stuff off base. I keep getting Kirby people at my door. I keep telling them no thank you. I even have a no soliciting sign, yet they still show up. Granted, on base I still had kids knocking on doors trying to sell stuff at school fundraisers even though it wasn’t allowed. I would buy from one, and then that was it. I can’t shell out $15 for a tin of cookie dough for 12 kids.

11. There’s generally more space in homes off base. On base we were usually cramped in a 1600 square foot (or less) house. When we first found out we were headed to Joint Base Lackland we actually thought about living on base at first and they home we were offered was 1300 square feet. Wasn’t going to work.

12. You feel like you’re getting more with the BAH off base. We were paying the same amount for a tiny on base house. Now our home is about 21oo square feet and much nicer. My husband feels like the BAH he gets is actually going towards something of value.

So do you live on base or off? Or have you done both? What did you prefer?

Are you new to this community? Start here, friend.
1.8K shares
Prev Post 50+ Amazing Things Military Spouses Can Do During Deployment
Next Post How to Overcome the Intense Challenges of Military Marriage