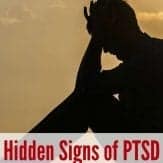 In this life, we get used to sending our husbands (or wives) off on deployments–off to war.

We hope and pray that they come back in one piece and most often they do. They come home, bodies intact and unscathed, but so often, the injuries are hidden.

At times, these hidden internal injuries are evident from the start. Other times, they take years to show their face. Either way, it’s not an easy road – not for the service member and not for their loved ones. 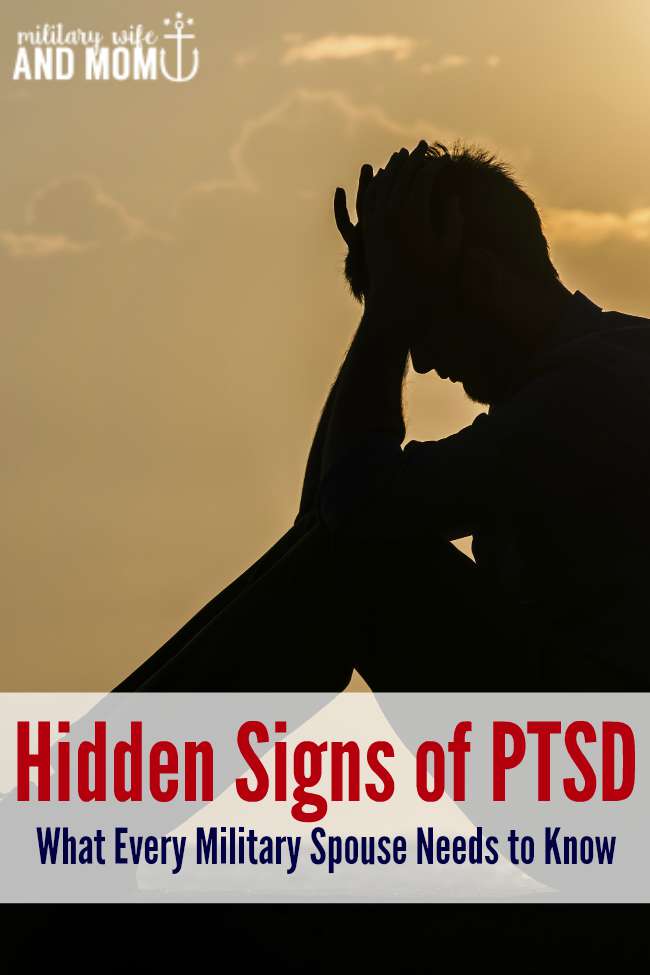 Studies can’t seem to decide, but they claim that between 14-20% of Iraq and Afghanistan veterans have PTSD. Military counselors have stated that they believe the number is higher and I tend to agree with them. The symptoms of PTSD and TBI can intermingle and sometimes look the same. In some cases, when a person obviously has one, the other isn’t even looked at.

I never really thought much about PTSD.

I knew what it was obviously, but I knew no one that had it. It was not a part of my everyday life. Or so I thought. My husband, a Marine, first deployed to Iraq in 2005. I didn’t meet him until a couple years later.

He was still active duty, but in a non-deployable unit. We had a fairly normal relationship, eventually marrying and having a family. He had his quirks (quirk isn’t even really the right word, let’s call them habits) that I know he developed after that first deployment. He took naps–a lot. He took a nap everyday.

We used to meet at his house for lunch and take a nap. He always said it was because when he was in Iraq, they would go days with little sleep, so if he wanted to nap, he was going to nap. Turns out that was the beginning of his sleeplessness. Otherwise, he was an outgoing guy. He had friends, he didn’t like where he was stationed, but he bought a house, got a dog and went on with life.

Then we PCSed to Okinawa.

He worked all the time and did his first Afghanistan deployment. I didn’t really see any change in him after he got home. He seemed the same to me, so I thought he was fine.

I did start to think that he had a TBI though. He would get horrible migraines, all the time. It wasn’t like one a month, they were coming a few times a week. He ate Excedrin Migraine like candy and based on what he had told me about Iraq, it made sense. Because he worked so much, most weekends he didn’t want to do anything but stay home and relax. The kids and I were left to our own devices.

I tried, but after a while I just gave up and did what I wanted. He started having physical issues that they couldn’t fix in Okinawa, even after some surgeries (he had surgeries before Okinawa too), so after 3 years, they sent us back stateside to fix him. Turns out there was a lot he wasn’t telling me.

I still wasn’t aware of how bad he was.

It was all so gradual, that I never really noticed the changes. I look back now and I kick myself for it. After we got back to the States, the appointments started. All of a sudden, he was diagnosed with PTSD and multiple TBI’s. I started paying attention. He still wasn’t talking to me about any of it, but I started piecing things together and doing my own research.

He was withdrawing more and more. We never talked, beyond the day to day. He did little to help me out. I worked full time, had a 2 hour commute, and a house and 2 little kids to take care of. He spent his days going to doctor appointments and therapy, as he was in the process of being medically retired.

Then, about a year ago, he went to an eight week outpatient therapy. He was skeptical at first and didn’t want to do group therapy. It turned out to be the best thing for him. He found people who understood. People who had been in his shoes. People who had seen and done worse than him. Things didn’t start to get better, but I could see little things in him that were improving and his excitement about it was hopeful.

The stress of the med board wasn’t helping either one of us though. We knew we were going to move and the stress of not knowing how much his disability was going to be, on top of worrying about money, was taking its toll on both of us.

We finally got his numbers.

The percentage was more than enough to give us the reassurance that it was going to be okay. As soon as we got his EAS date, we packed up and moved. Call us crazy, but we moved four states away. We knew if we didn’t move right away, we never would. Neither of us was happy there and we needed out.

It was the best thing we could have done for our family. He has changed so much in the few months we’ve been here. He has continued to go to his VA appointments (we chose a military city to make this easier) and goes to as many group therapy sessions as possible. He has made friends, joined as many veteran organizations as he can and is starting to enjoy life again. He finds organizations that help veterans and calls them to see if he can help.

He realized that helping other veterans in his situation also helps himself. He is far from healed, but he is better and we are better. All of his issues are still here, it’s his attitude that has changed. He talks to me now. He tells me what is going on and explains things to me, which then allows me to be more understanding.

I know (for the most part, new things still surprise me) what will and won’t bother him, so it’s easier for me to understand. I have also attended events for caregivers of wounded warriors and have a support system of women who are in my situation. The Semper Fi Fund has been the biggest help for us. They have provided us both with so much, that we will advocate for them whenever it’s needed!

If you are looking for reliable resources for help, start here: 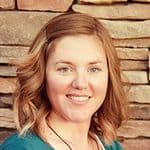 Kara is the wife of a Marine, mom to 2, full time worker bee, part time blogger, and recent Texas transplant. She welcomes you to connect with her via More Ramblings of a Marine Wife, Facebook, Twitter or Instagram.

Are you new to this community? Start here, friend.
750 shares

Prev Post I Know How to End the Breastfeeding vs. Bottle Debate
Next Post Toddler Listening Hacks That Actually Work