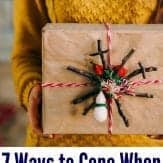 Ahh, the holidays. It’s a magical time. There are trees. There are twinkling lights. Cookies. Gifts. Santa. It’s even more spectacular when you have kids because you can experience everything all over again through their eyes.

But suppose you have a spouse that can’t join you?

Not because they’re deployed, but because they have a tough work schedule. My husband used to be in Security Forces and that schedule could be insane. It would constantly change. Holidays were never off, because yes, people always need to be at the military base gates and patrol the area.

But I found ways to cope when my spouse worked the holidays.

I won’t lie, it was difficult, especially when I’d see other families constantly together during the holidays while my husband had to check ID cards. I’d wish that he were with us as we stood in line to see Santa or when I was watching a Christmas concert at school. Here’s what worked for me…

For example, one year my husband worked the night shift on Christmas. This meant he got home at around 7 AM on Christmas Day. We made sure we were awake so he could watch the kids open presents.

It meant we could exchange our presents to each other, and then afterwards, he went to bed so he could be ready to work that evening.

It was tough, especially because I was left with getting all the gifts from the packaging and putting things together–but at the same time, it taught me I was capable of doing it. When he was deployed, I knew it would be okay because I had done it before.

Since my husband had to work Christmas evening, we decided to have Christmas dinner on a day he would be off. I suppose we could have done a Christmas lunch, but he would have still be sleeping and I always want him to get a proper amount of sleep when he works nights.

So we just did it a few days later. I served macaroni and cheese for the kids on Christmas, which they were perfectly fine with.

Seriously, there were some toys I couldn’t figure out how to put together (See: Transformers). I would explain to the kids that they’d have to wait for their Daddy. If they really wanted something put together, I’d ask a friend.

My neighbor got used to me stopping by and saying, “Uh, can you figure out how to get this Transformer together?” I also had help putting together one of those Cozy Coupe cars. Do you know how hard it is to get a screw in those things? Or maybe I’m just abnormally weak.

This could be a chore, because my husband’s schedule would change so often. But I’d try my best and there would be times when he join us when we saw Santa or went to a Christmas party.

5. Be willing to change plans at the last minute.

There would be many times where I’d think my husband had off but he’d get called in. Or they’d switch his schedule. Or there would be a recall.

This once happened right before we were supposed to get holiday photos. It was incredibly frustrating; I won’t lie. I might have said a few curse words. But still, I took my kids to get their photos done so at least we’d have something to mail off.

My kids sometimes would have Christmas concerts where they’d sing a bunch of Christmas carols. Sometimes my husband couldn’t make it so I’d make sure to film the event and take a lot of photos.

7. Be grateful that your spouse is home.

And at least, at some point, he could put together the darn Transformer. 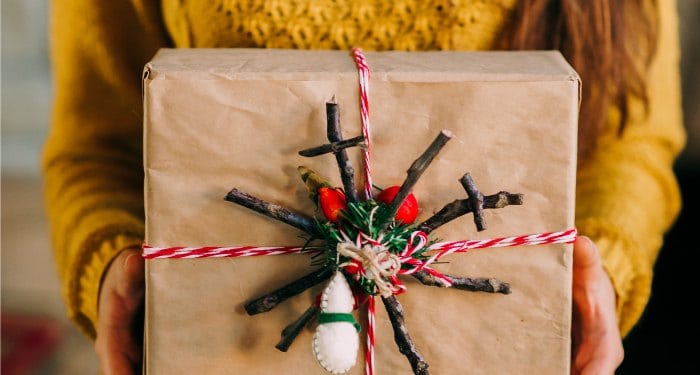 Are you new to this community? Start here, friend.
593 shares
Prev Post The One Phrase That Will Reconnect Your Military Marriage
Next Post Siblings fighting? Try This Magical Tip to Help Siblings Get Along