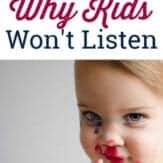 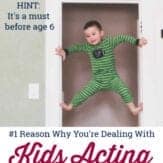 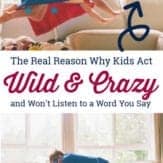 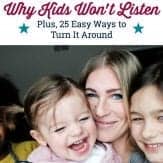 Inside: Learn the most important (and overlooked) reason why kids won’t listen, focus or sit still. Plus, get 25+ ways to help your kids build these important life skills.

My son climbed to the top of the monkey bars and snaked across them from above. He’s not strong enough to swing across arm-to-arm, so his solution is to catapult his legs up, pull his entire body on top of the bars, and slither across.

A mom walked up to me. “Your son’s on top of the monkey bars. Just thought I’d let you know so he doesn’t fall and get hurt.”

Shortly after, two kids walked up and said, “He’s on top of the monkey bars! He’s going to get hurt.”

It happened in other situations, too.

When I took my two kids to a Merry-Go-Round, and let them have it as I sat on a picnic bench watching from afar, parents and kids alike voiced their concerns.

“Someone is going to break their arm over there!”

“She’s going to fall and get hurt.”

“He’s spinning, and he’s going to get sick.”

Same thing when people saw my kids hanging upside down (per their own doing) for several minutes at a time.

“All the blood is rushing to his head. It’s gonna make him sick.”

Or when people saw my kids twisting and spinning around on a swing.

“Someone is going to get their fingers pinched!”

“That’s not safe. Put your bottom on the swing.”

The bigger issue occurred — for other parents — when my kids did these things and their children wanted to join in the “dangerous” activity. This is a common thread I see at playgrounds and when talking with parents I work with through parent coaching.

Children’s ability to move and play are being restricted more than ever. We are trying to protect them by saying “No climbing,” “No running,” “No spinning,” “That’s too dangerous,” and “Get down from there!”

Disclosure: Post contains affiliate links, which means if you make a purchase, at no extra cost to you, I may earn a small commission.

However, research shows that the drastic decline in “risky” outdoor play in kids is creating behavior problems. By constantly hovering over kids, restricting their movement, and diminishing their time to play, we are causing more harm than good.

That’s a huge amount of time spent in front of screens, which provide little to no proprioceptive or vestibular input (which I’ll talk about in a second). In prior generations, this time was spent outdoors or in play.

This is the important part.

With all the time spent in front of screens and telling kids to sit still, avoid climbing, and stop jumping, it’s not surprising why kids won’t listen.

Proprioception is what tells you where your body parts are without having to look at them. This is the sense that helps you make sense of gravity. It’s the reason you can switch from the gas pedal to the brake without looking at your feet, or bring popcorn to your mouth without taking your eyes off the movie screen.

Without properly developed proprioception, kids can push too hard during tag, fall out their seat at the dinner table, or trip while walking up stairs. (You’ll see this a lot in toddlers as they develop proprioception, but you should see it less and less in kids ages four, five, six and beyond).

Vestibular sense provides information about where the body is in relation to its surroundings. This is the sense that helps you understand balance, and it connects with all the other senses.

When the vestibular system does not develop properly all other senses will struggle to function properly. Without a strong vestibular sense, kids will have no choice but to fidget, get frustrated, experience more falls and aggression, get too close to people when talking, and struggle with focusing and listening. Because they literally cannot help it.

Related: How to Handle Back Talk Like a Parenting Warrior

In order for kids to learn to listen, focus and follow directions as they grow, they need to develop proprioception and vestibular sense by experiencing many physical challenges during childhood.

Without it, kids can’t pay attention in school because they are too distracted by their own bodies. Putting clothes on, trying new foods, and finishing homework become insurmountable tasks when kids don’t have a strong vestibular sense or well-developed proprioception.

Study after study shows that kids today desperately need more physical activity. “John Ratey, an associate professor of psychiatry at Harvard, suggests that people think of exercise as medication for ADHD. Even very light physical activity improves mood and cognitive performance by triggering the brain to release dopamine and serotonin, similar to the way that stimulant medications like Adderall do.” (source)

and pediatric occupational therapist, recommends getting your kids outside as much as possible. Ideally, kids of all ages should get at least three hours of free outdoor play daily.

While I’m not certain if her age-based recommended times are realistic or not, they are as follows:

Here are a few ways to support your child’s vestibular sense:

Here are a few ways to support your child’s proprioceptive input:

As a parent, there are many times I’ve cringed and closed my eyes to avoid watching my child spin in circles, slither across the monkey bars or swing high into the air. It’s only natural to worry that something will happen.

But the truth is kids know what they need. Children with healthy neurological systems naturally seek out the sensory input they need on their own. They do this without thinking about it.

When they jump, swing, spin, pick up rocks or dig in the dirt, kids are doing exactly what they need. They aren’t intentionally doing it to get hurt, act rambunctiously, worry you or get messy.

They are doing it to help themselves become safer, calmer and happier kids.

Like Dr. Tina Bryson says, “You can trust development.” Her words have never been more true.

Chances are you won’t remember all the ways to support your child’s vestibular and proprioceptive development. This printable simplifies it! 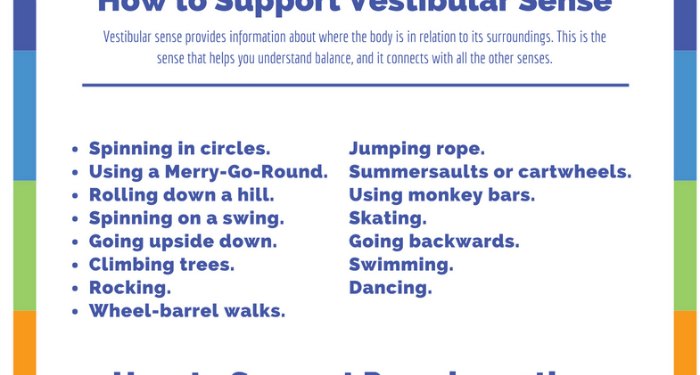 Many of these ideas come from a life-changing parenting book called Balanced and Barefoot: How Unrestricted Outdoor Play Makes for Strong, Confident and Capable Children.

I've created a free email series just for you! If you are struggling with teaching your child to listen, this series will help transform your parenting. Yes, really. I've seen my proven strategies work time and time again for parents. I know it can work for you too.

After taking my free email series, you will: 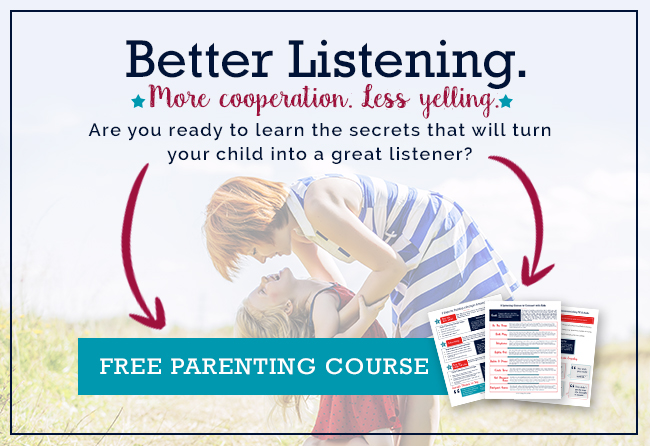 Are you new to this community? Start here, friend.
1.5M shares 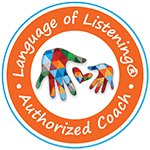 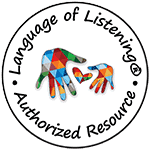 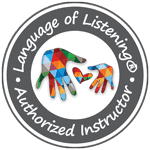 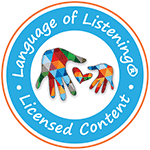 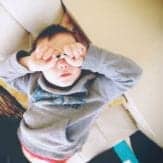 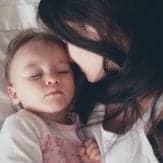 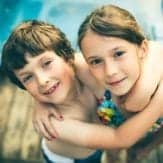 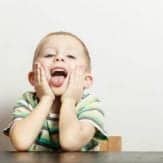 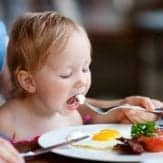 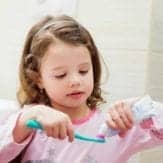 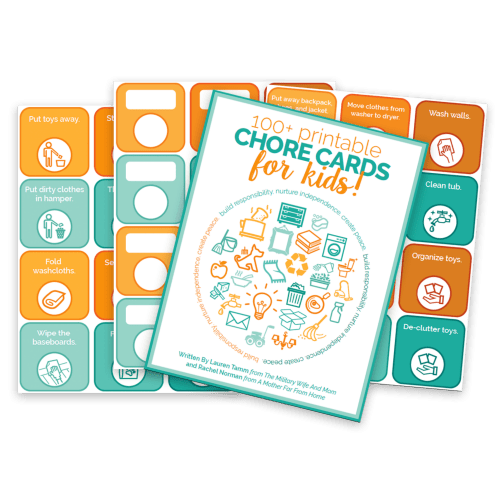 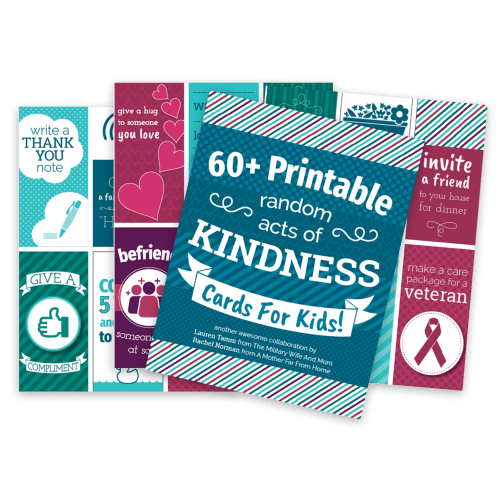 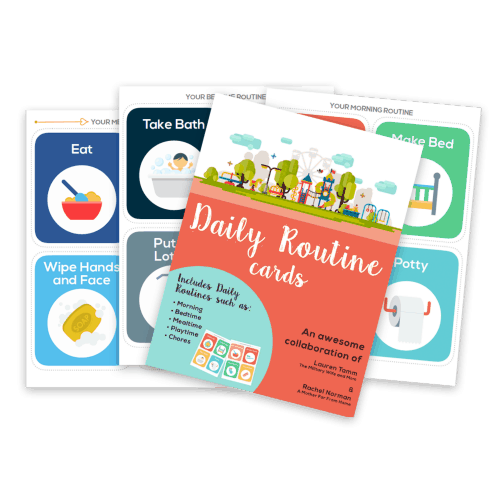 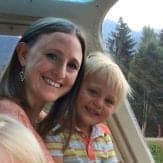 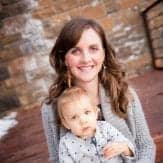 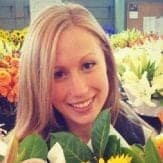 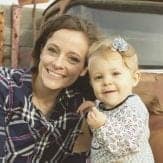 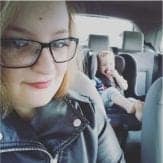 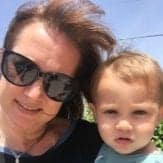