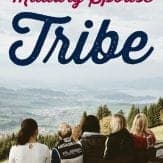 I came across a meme not too long ago, poking fun at our civilian counterparts. A woman, hand under her chin, elbow propped up on the table, eyebrows raised with the hint of a fake smile, and the words, “Yes, a one week business trip IS exactly the same as my husband’s deployment.”

Don’t get me wrong, it often does feel as though the rest of the world has forgotten that we’re still sending our men and women over there (wherever “there” may be at the moment). Although it’s been nearly two decades since we’ve seen peacetime, our troops still train, still fight, still leave, during both times of peace and war.

We’ve all seen the barrage of memes and articles about the importance of finding your military spouse tribe. I couldn’t agree more. You need them. 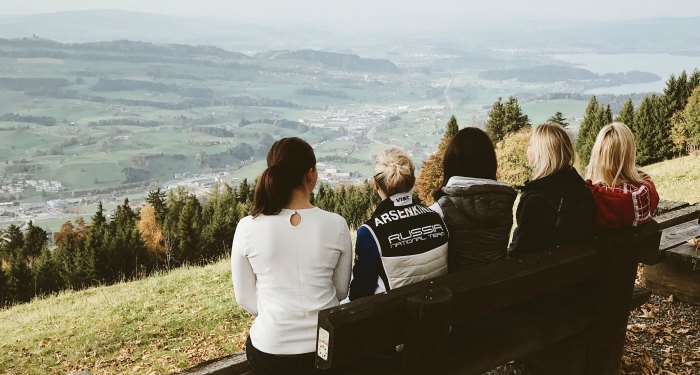 Having friends who have walked these hallowed halls of military life before us and with us are so important to keep close.

They’re the ones who understand the silence of Sunday afternoons during deployment, when the rest of the world is enjoying family outings after church.

When we lived in Guam, we only had military friends. As a Navy family living on an Air Force base, our besties were other Navy families. Their front yards were our backyards. We had our babies together, filling in for one another when a spouse was deployed. We spent holidays together, we laughed together, we cried together. Our little military circle wasn’t just a tribe; it was a family.

But that’s not what this article is about.

You won’t always live on a base surrounded by the familiar. You won’t always be on an island. Sometimes you’ll live in a community where military families are welcomed but are the outliers.

Our neighborhood is a little magical corner of Virginia, where kids ride their bikes unchaperoned to the pool down the street, where the 7-11 ladies let you run a Slurpee tab when you’ve forgetten your wallet (again), and where people really do still drop by unannounced.

It’s a lot like living on base, but with the exception of a couple families, the majority of our closest friends here aren’t connected to the military. While my milspouse girls “really get” deployment, (see above), my civilian girls (and their super handy, helpful husbands) “can’t imagine” it, and consequently, are so willing and ready to offer help. And this deployment, unlike the previous four, I’ve been willing to let them.

I could tell you a thousand stories of the times they’ve picked up my kids from school, or the dinners they’ve brought us, or how often they offer to take the kids so I can do something for myself. I could tell you about the regular wine nights our little crew has, watching such important television as the Bachelor.

Or, I could tell you about the time my car broke down driving home from the annual friends’ ski trip. How one couple and their two kids stayed with us for almost two hours until the tow truck came. How another couple turned around with their two kids to drive us the 90 miles home since they were the only ones with room in the car. I could tell you so, so many stories about so, so many different men and women.

But there’s really only one that you need to know today.

On my daughter’s seventh birthday a few weeks ago, we were in the midst of an epic snowstorm. School is closed for days kind of snow.

The day before her birthday, I decided to do a neighborhood party at our house so that everyone could walk. I stayed up too late cleaning and crafting and trying to be the Pinterest mom that inevitably only sets you up for failure. I wanted everything to be perfect, as if somehow the banners and decorations for my girl would offset the fact that her father was missing another birthday.

Thirty minutes before the party, I was in that critical panic mode of finishing things. I still needed to hang the banners, frost the cupcakes, get dressed, you know, all the last minute touches. My girl came into the kitchen, looked at me with those big blue eyes, and said, “Mommy, I just wish daddy was here.”

We sat on the floor and cried.

We tell our kids to be brave and strong and resilient and all those things. But sometimes we have to lean into the feelings with them. And so we did. We sat, we cried, we looked at pictures of the day she was born. My son joined us, and the three of us told jokes and funny stories about dad. The rest of the time before the party melted away.

One by one, my friends showed up. One hugged me tight, as I told her that there are so many moments that I feel like I’ve got this, and this definitely wasn’t one. With words of love, support and such needed encouragement, she sent me upstairs to get it together.

When I came down a few minutes later, I watched in awe as my friends were frosting cupcakes, hanging the banners and doing all those last minute things that I couldn’t quite get done. Oprah once said that, “Lots of people want to ride with you in the limo, but what you want is someone who will take the bus with you when the limo breaks down.”

Life is too short to limit yourself to only having friends that are in the same boat as you. A bus has more seats, anyway.

And hold on as tight as you can.

Are you new to this community? Start here, friend.
1.0K shares 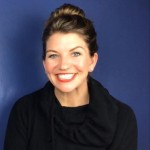 T. T. Robinson is the founder and lead storyteller of Humans on the Homefront. T. T. is a proud Navy wife, writer, speaker, and mommy. She is the author of the New York Times Deployment Diary, for which she earned a 2016 Voice of the Year Award. Her work has been featured in the Washington Post, Chicago Tribune, We Are the Mighty, Military.com, SheKnows.com, and other outlets.

Prev Post How to Communicate With a Toddler (And Get Your Message Heard)
Next Post Boundaries, Routines and Early Bedtimes: 13 Habits That Raise Well-Adjusted Kids