When the opportunity for Japan came up, my husband and I volunteered to move there. Really we did. People are always surprised to hear that.

We saw Japan as an amazing opportunity to gain life experience, learn another culture, and do something we never did before. Of course, we would miss our family being half-way around the world, but going to Japan was inevitable at some point. Might as well embrace it. 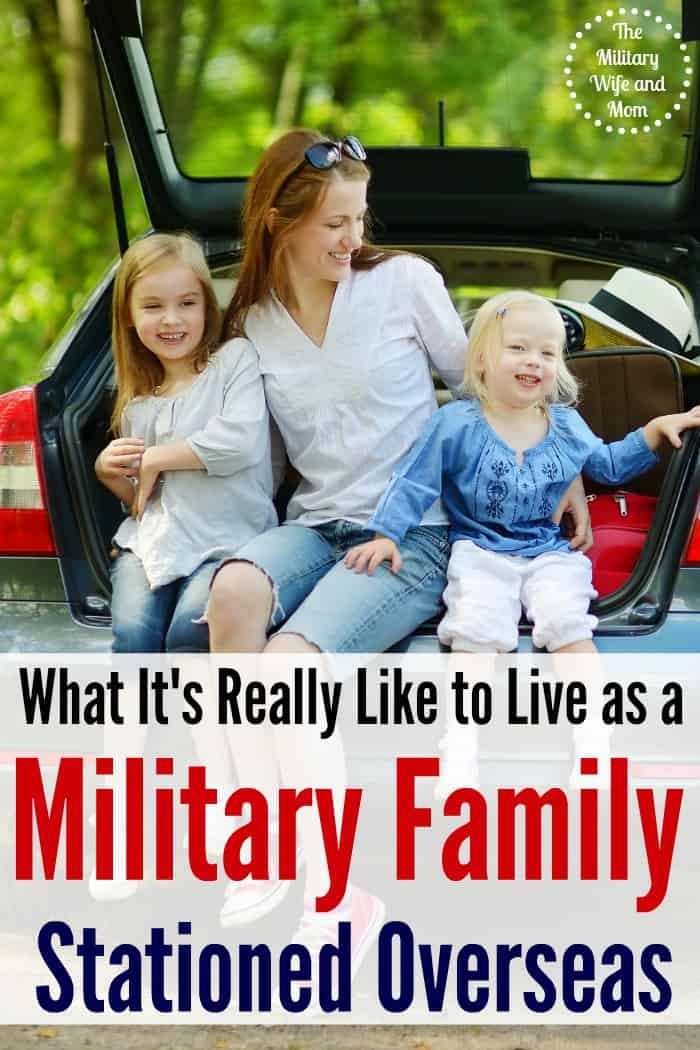 You learn to drive on the other side of the road.

After a few times? You’re basically a pro.

Most service members and spouses have driving privileges within a week of arriving at an overseas duty station. We took a written exam, showed them our paperwork, and it was a done deal.

One thing though—you are probably going to turn the wipers on accidentally for several days. It’s located on the left of the steering wheel, where most American cars have the turn signal. We like to call it the “Oki wave” around here.

The food is amazing.

Most European and Japanese food standards are much higher than the US. Around here there are countless small local farms selling only the freshest ingredients year round. From the fresh seafood to eggs and vegetables, the food around here is truly a treat. 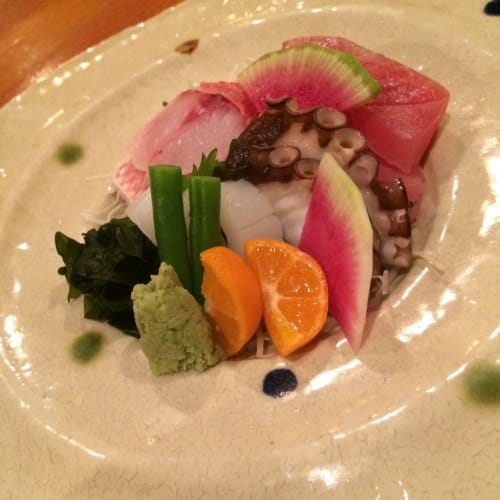 We love going out in town to eat meals. Sure it’s different flavors and textures, but the experience is amazing. It’s also a great way to learn another culture. One of our favorite things to do is visit a sushi-go-round. You simply place your order via touch screen and it’s delivered via a conveyer belt right beside your table moments later. 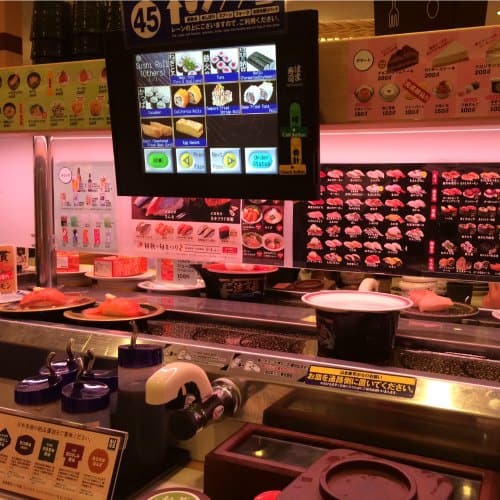 We live on base, but many live out in town and are equally as happy. We are currently living in a 3 bedroom, 2 bathroom high-rise building. I suppose it’s not the house I would retire in, but it more than meets our needs right now. Everything works and there was no need to worry over establishing utilities accounts. It was already set up by military housing for us.

Originally from the Midwest, the cold weather was such a bummer. Here in Japan we are in a sub-tropical climate. It’s warm year round. Who can complain about that?

Here we are taking a January walk on the beach…. 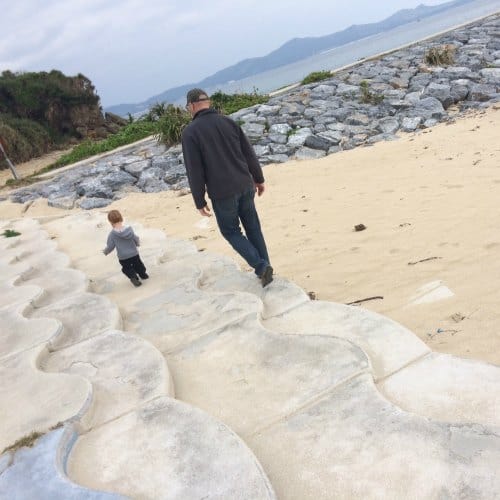 There are a lot of friends and family back in the states wanting to send care packages. But the truth is we have access to most everything found in American stores. There are some things that are not available, but for the most part we can get our regular American staples no problem.

Marine Corps and Air Force Exchanges: A store similar to a Wal-Mart or a Target with all the essentials.

Commissaries: Similar to an American grocery store filled with everyday American products. They don’t have every single thing, but they do have most.

Chain restaurants: On top of that, we have access to a few typical American chain restaurants. Here there is Chili’s, Burger King, Subway, Baskin Robins, Starbucks, and more. These are just a few available any time we are craving some American comfort food.

Bonus: We also frequent local grocery stores, farmer’s markets and restaurants. Basically, we have a lot of options.

For the most part, the Japanese are overwhelmingly kind and welcoming around here. Every time we are out and about, the locals take time to say hi to us and smile. As a culture, they are very polite and rarely rude. 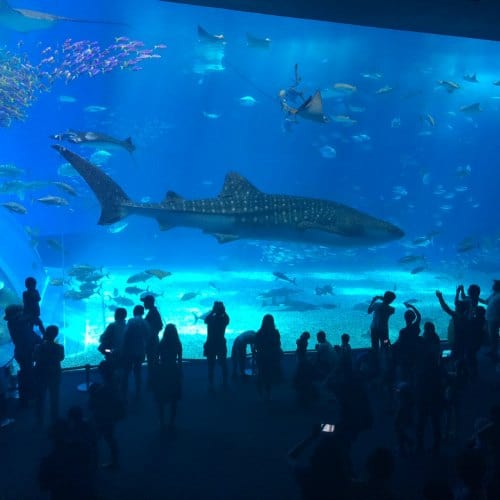 It’s honestly what you make of it.

Living overseas can present some challenges if you allow it to. It is hard to be far from the US, especially if there is a family emergency. It’s not easy to get back very quickly. Some may find it hard to adjust if they aren’t open to trying something new. 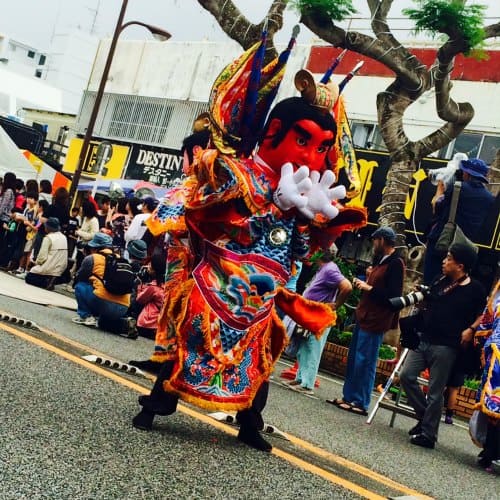 I think for the most part, people enjoy being stationed out here. It’s a unique opportunity being able to immerse yourself in another culture. I know several families that have tried to stay for years past their actual tour. Some loved it so much they stayed for as long as 10 years.

Yes, there are lots of other Americans around too.

There are tens of thousands of Americans stationed here. We aren’t the only ones thankfully, and since everyone is in the same situation, most spouses are incredibly welcoming when it comes to making friends.

There are totally awesome carts for kids.

My all time favorite thing about living overseas is the shopping carts to put your kids in. They actually keep your kid in the cart—a miracle for any mom of a toddler. American carts are lame. 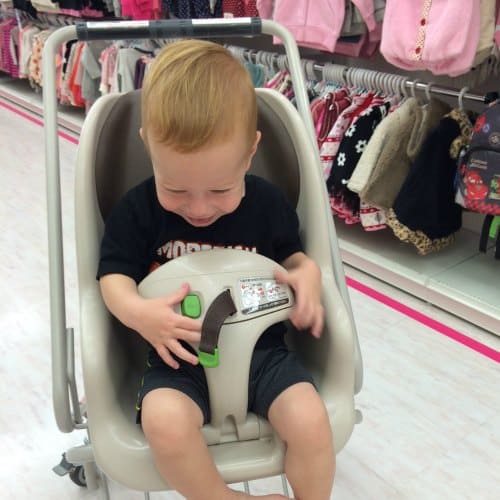 Living as a military family stationed overseas is actually a lot like everyday life in America. We go to the grocery store, cook American meals, watch American TV shows, and live regular everyday life. Getting out in town to explore everything that Japan has to offer is so much fun. It’s kinda like we’re on vacation for a few years. I can live with that.

Do you know a military family stationed overseas? Let’s chat in the comments!

Are you new to this community? Start here, friend.
222 shares