Showing all results for: tantrum 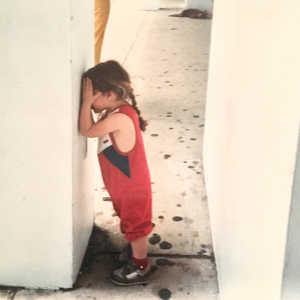 It happened again today as I was driving my daughter to preschool - another toddler tantrum. It was a beautiful chorus of wails and screaming in the back of the minivan about leaving her Huggie and Stuffy at home. We didn't even need music, as she was providing it free of charge. And if you saw me a couple of years ago when [...] 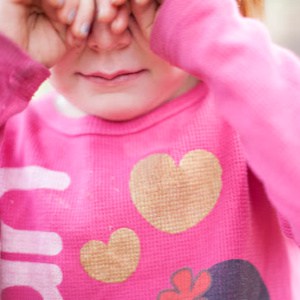 Within 10 seconds my son went from happy and content to a fiery ball of rage. This was his first 1 year-old tantrum, and I remember thinking, "We can't be into tantrums yet, can we?!" All I did was remove his food from the tray so he would stop throwing it on the floor. The back arching, kicking and screaming started immediately as he [...] 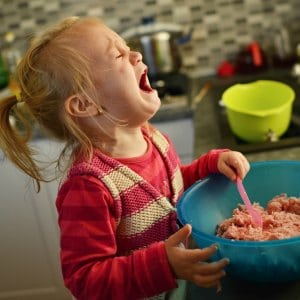 Inside: Learn two important words that can help tame temper tantrums in length and intensity. Plus, how the toddler brain works and why tantrums happen. This morning my 2-year-old daughter asked me for a banana. I nodded. I grabbed the banana. I started peeling. Then like a parenting rookie, I made a terrible mistake. In order to give [...] 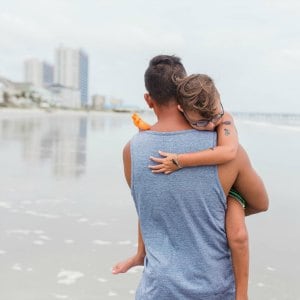 Inside: Learn seven things to remember when trying to stop a temper tantrum. Plus, discover two important words to tame a temper tantrum. Post contains affiliate links which means if you make a purchase, at no extra cost to you, I may earn a small commission. My daughter's had a heck of a week when it comes to temper tantrums. It [...] 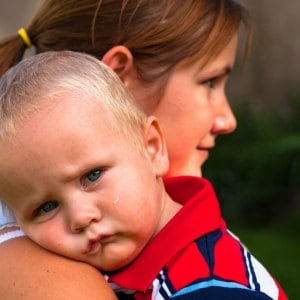 We were in the middle of a brutal honesty moment. I just spent the last hour figuring out how to deal with toddler tantrums, and my friend, who was visiting me overseas in Okinawa, turned to me and asked, “Do you ever have really angry thoughts in your head?” I didn’t hesitate for a second to answer her. “Oh, all the [...] 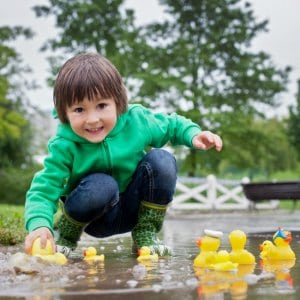 My strong willed toddler was enthralled with a simple penguin stairs toy. It probably only cost a few bucks, but to him it was magic. I watched him play as his eyes lit up like a bright star on a clear summer night. The toy reminded me so much of my own childhood. Again and again, he watched the penguins go up the stairs and down the [...] 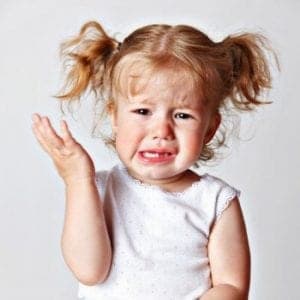 Toddler tantrums are a part of every child’s life. Why? Because the logical part (aka the frontal cortex) of a human’s brain doesn’t fully develop until age 25. Yep. Age 25. Woah, right? It makes total sense that toddler tantrums occur over completely illogical things and ideas. That part of their brain doesn’t actually work yet! No [...] 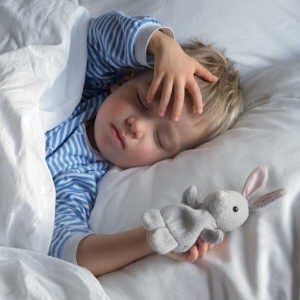 Sometimes you hear advice that a 1 year-old sleep schedule or routine is going to bog you down. It's like a nagging chore you cannot erase. Instead, they say to live free and go with the flow. Let's just be whimsy, they say. That is...until you're about to lose your ever-loving-mind with a one year-old tantruming child who will [...] 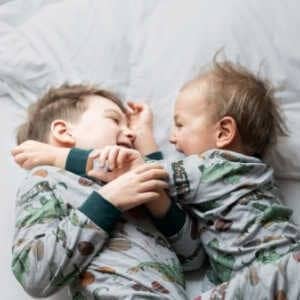 The hitting and toddler aggression seemed to come out of nowhere. First it was the toddler biting, and shortly thereafter came the toddler hitting. I can wholeheartedly tell you, I've been through the full gamut with both my kids -- hitting, kicking, biting and spitting. No matter what toddler behavior you're dealing with, I can [...] 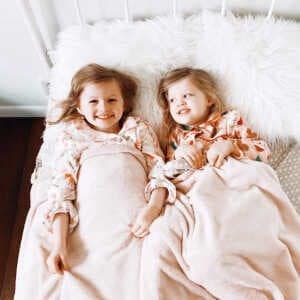 Inside: Tired of exhausting bedtime routines with kids? Pillow talks with kids - THE RIGHT WAY - can transform behavior, build connection and create peace! Conversations with my kids during the day, at dinnertime or after school usually goes something like this... Me: How was your day? Kid: Fine. Me: How are you doing? Or [...]